# Updates on the public assemblies during 22 November – 5 December 2020: Less demonstrations amidst a barrage of legal cases

22 November - 5 December 2020 saw two major political events. On 25 November, an announcement was made about the demonstration at the Crown Property Bureau (CPB). It sent the police into a frenzy to block the surrounding routes to deny the protesters access to the CPB. Another event on 2 December was the ruling delivered by the Constitutional Court on the “army housing case” against General Prayut Chan-Ocha and whether it was a breach of the Constitution. The two incidences did not yield any violence from the authorities, after all.

Nationwide, statistics show a decline in the number of demonstrations by a half when compared with two weeks earlier. There were at least 24 public assemblies, at least six of which took place in Bangkok and 17 in the other provinces. Meanwhile, legal actions against the protesters have soared from 24 to 33 individuals and new charges including lese majeste have been leveled at the protest leaders and the protesters as well.

The demonstrators’ demands continue to coalesce around the original demands pitched by the People’s group (Khana Ratsadon) including a rewrite of the Constitution, the toppling of the government or some government figures, and the reform of the monarchy. Additional demands have been made including;

For example, at the “#Mob22Nov: Bor Win Assembled, No More Dictatorship” protest, a demand was raised for a Constitution that recognizes labour rights. The big showdown on “#Mob25Nov, Restoring National/public property” was escalated to a candid protest to symbolically demand monarchical reform by assembling right at the Headquarters of the Siam Commercial Bank, in which the King is the largest shareholder.

Another showdown was made at the Lat Prao Intersection “#Mob2DecToOustChanocha” on the day the Constitutional Court ruled to dismiss the case against General Prayut Chan-ocha as to the allegation that he has been staying in an army housing. This time, they projected their demand to the judiciary. 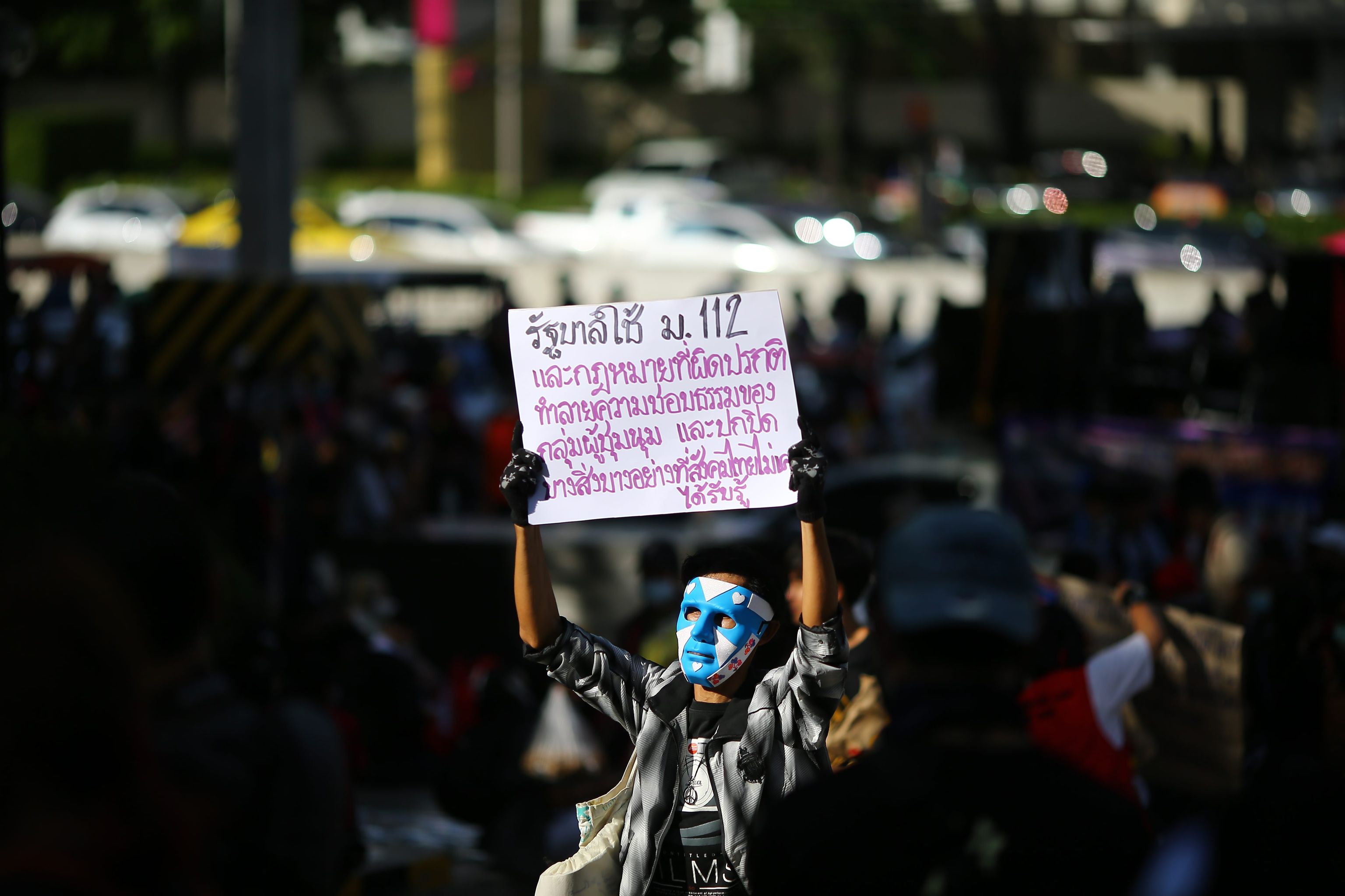 Smaller demonstrations have been held including “#Mob24Nov: Restoring justice for our friends in Hong Kong” which was held to show solidarity with the Hong Kong three pro-democracy activists, Joshua Wong, Agnes Chow and Ivan Lam who were remanded in custody and how they do not surrender to the dictatorship common in both Hong Kong and Thailand.

On 25 November 2020, the Khana Ratsadon announced it would assemble people at the Democracy Monument and then march to the Crown Property Bureau (CPB). Since midnight on the eve of the planned showdown day, police forces were heavily deployed in surrounding area, and public busses and barbed wires were placed there to block road access. A new equipment was introduced, cargo containers were stacked up in two layers to block the roads. Nevertheless, the protesters abruptly announced a change of plan to bring their public assembly to the Headquarters of the Siam Commercial Bank on Ratchadapisek Road, closer to Ratchayothin Intersection. 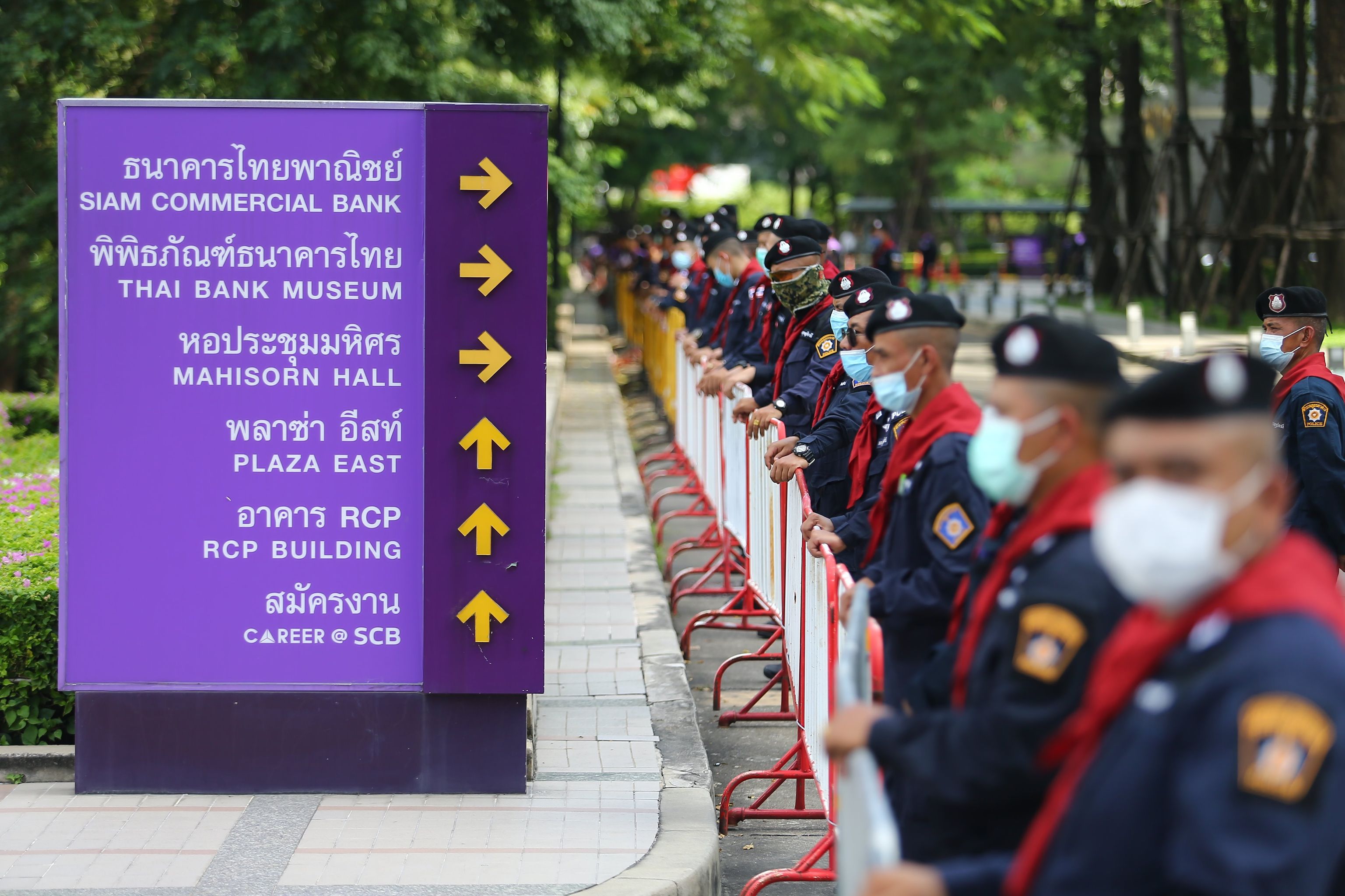 On the demonstration day, since morning until late afternoon on 25 November 2020, police forces were still heavily deployed on the routes to the CPB.

The strong police forces asides, cargo containers were stacked up and barbed wires installed to block road access. Local residents were allowed to walk through a small opening, but it was not possible for vehicles to go through. Despite the start of the demonstration at the SCB at 15.00, the totally sealed roadblock around CPB continued. It was the strongest deployment of police forces seen during these current demonstrations. 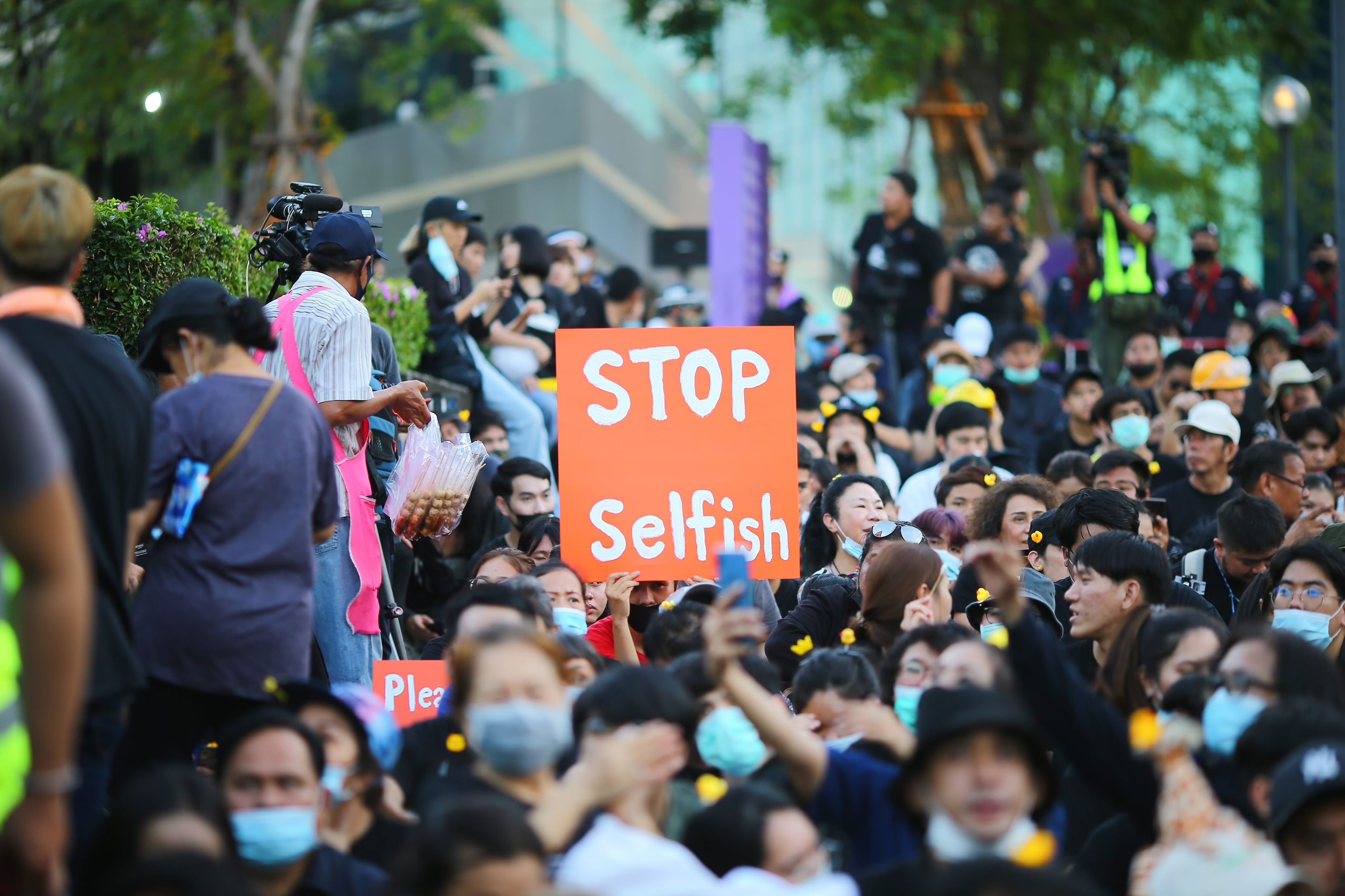 A barrage of legal cases has been initiated against the protesters all over the country. From 22 November - 5 December 2020, at least 33 individuals have been charged as a result of being involved with the demonstrations. Most of them, 22, face charges stemming from the violation of the Emergency Decree and the Declaration of the Serious Emergency Situation including Patsaravalee “Mind” Tanakitvibulpon who is alleged to have violated the Emergency Decree in two cases. At least six individuals are charged for violating the Penal Code’s Section 116, particularly the protest leaders including Patsaravalee “Mind” Tanakitvibulpon, Tatthep “Ford” Ruangprapaikitseri, and Jutatip Sirikhan, etc.

In addition, at least five protest leaders are alleged to violate the Penal Code’s Section 112 including Parit Chiwarak, Anon Nampha, Panusaya Sithijirawattanakul, Panupong Chadnok, and Patiwat Saraiyam. Parit is charged for violating Section 112 in four cases altogether. It has also been found that at least four minors under 18 years are pressed with politically motivated charges including the violation of the Emergency Decree. 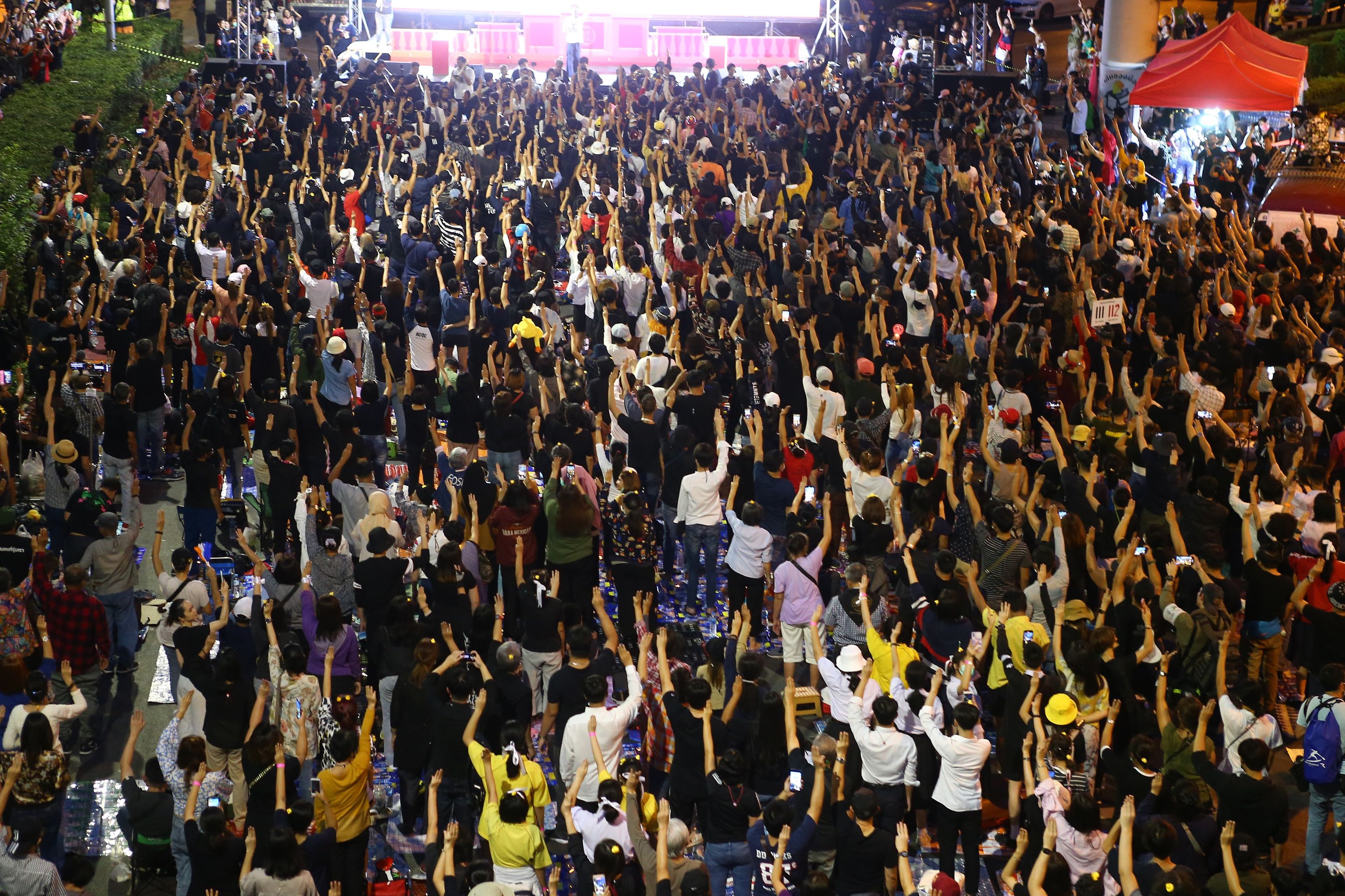