# An overview of public assemblies in May 2021 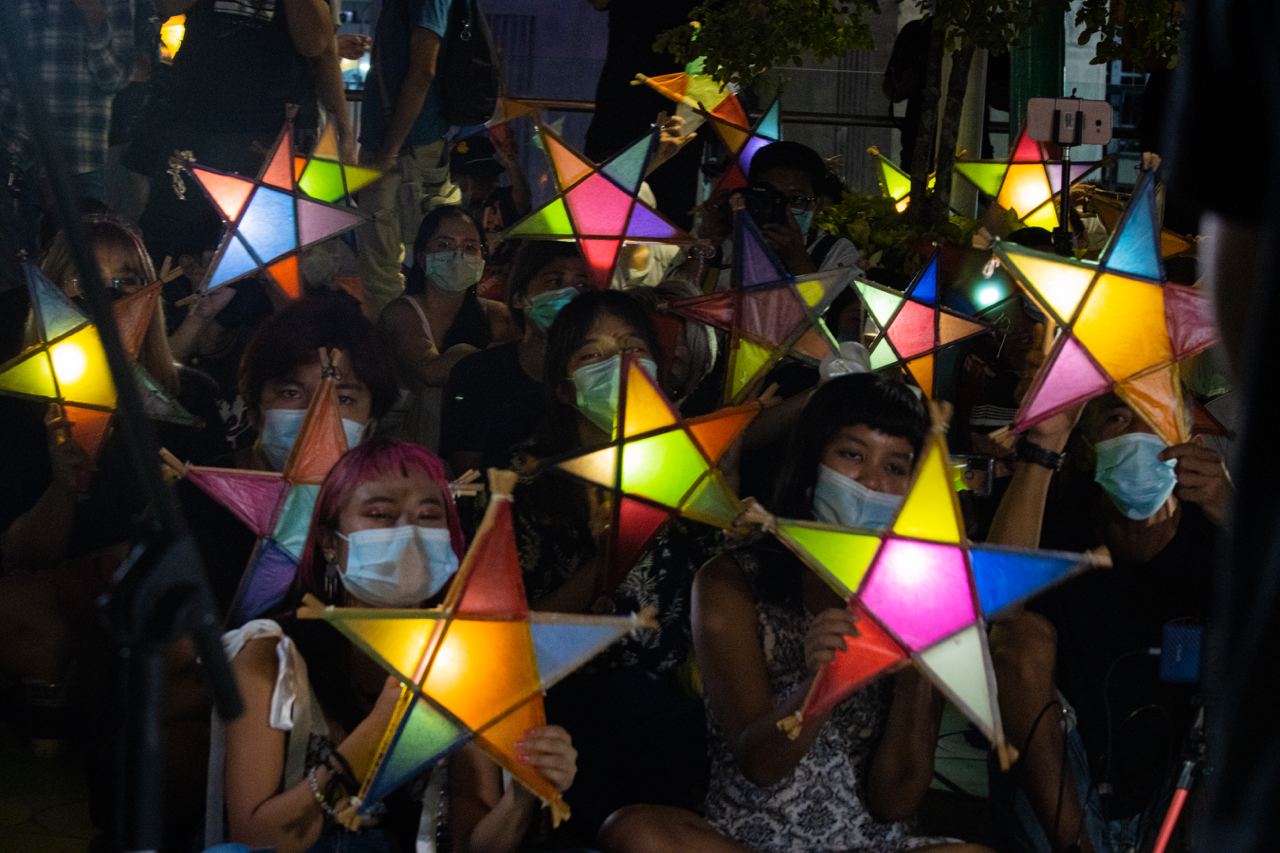 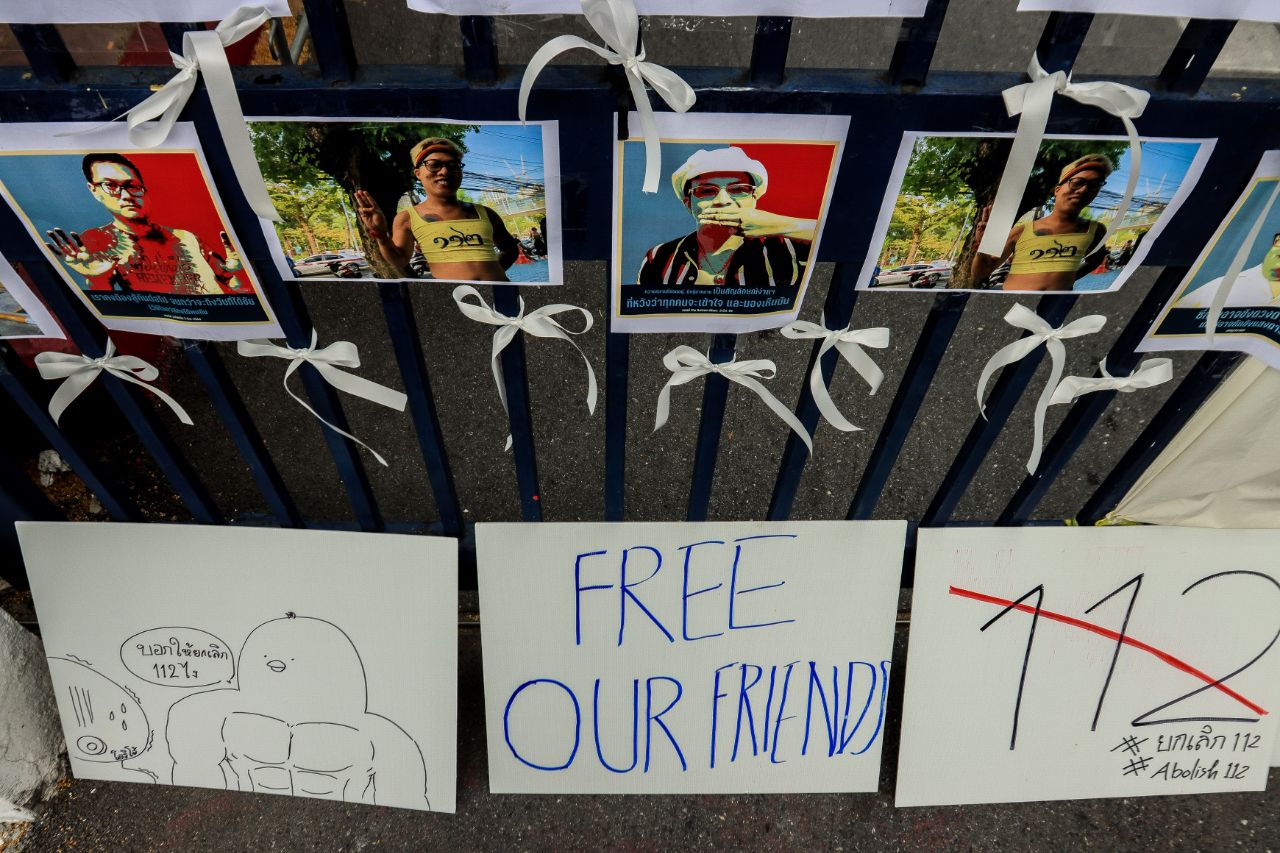 Despite the current COVID-19 outbreak, the number of public demonstrations remains high which corresponds to the rising number of detained political defendants. In midst of the pandemic, the rising COVID-19 cases in prison as a result of increased incarceration, overcrowding of prisons, and ineffective prison healthcare system. In addition, the public gathering on the 2nd of May 2021 by Redem was dispersed which violated the freedom of speech and assembly using excessive force. The Lèse-majesté law has limited the freedom of expressions through prosecutions of people who express their opinion online or in public gatherings. The charges under Article 112, the Lèse-majesté includes minors who gave political speeches during public demonstrations.

Observation and documentation of Amnesty International Thailand and iLAW via Mob Data project in May 2021 concluded: 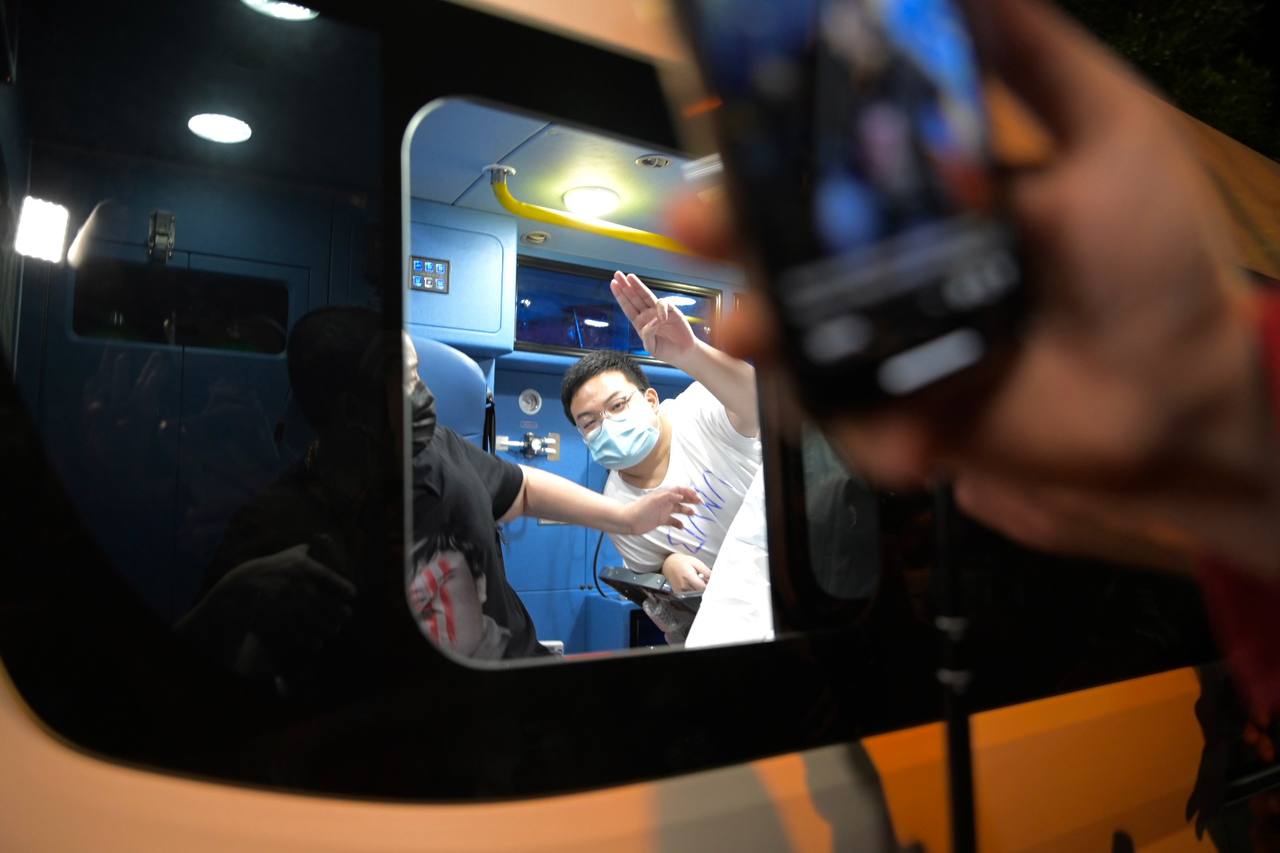 Situation of Covid outbreak in jail

In the beginning of April, there were 263 cases of COVID-19 infections among prisoners at the Narathiwat Prison. According to an investigation from the Narathiwat Provincial Public Health department in april 29th, 2021, 77 officers and 575 inmates were infected in 19 prisons, including the Chiang Mai Central Prison and the Bangkok Special Prison. On May 12th 2021, Thailand’s Department of Corrections announced that there were 2835 COVID-19 cases in the Bangkok Special Prison and the Central Women Correctional Institution. The number of political detainees who are incarcerated during pre-trial proceedings is more than 29, where at least 10 have been tested positive for COVID-19 virus before they were granted bail. However, the remaining political detainees are restricted of the rights to bail through governmental “Bubble and Seal” policies limiting the interactions between a restricted area and outsiders. Chukiat Sangwong, a political detainee was tested positive for COVID-19 from The Bangkok Remand Prison

The Department of Corrections cooperated with The Office of the president of the Supreme Court and The Office of the Court of Justice announced measures to deal with the COVID-19 outbreak in prison. Since the coronavirus outbreak in 2019, there were 30,657 infections and 25 deaths from overcrowding of prison. After the implementation of the preventive measures, the number of infected inmates has not decreased; the Thai authorities should urgently ensure that staff and people in detention have access to public health services and have adequate protective equipment including medical mask or fabric mask, water, sanitation, and hygiene. More importantly, The Corrections Department should be transparent about reporting and communicating about the COVID-19 situation in detention facilities for public awareness. Lastly, unnecessary custody should be minimized to prevent mass unnecessary incarceration which can cause overpopulated prison leading to the transmission of diseases and viruses. 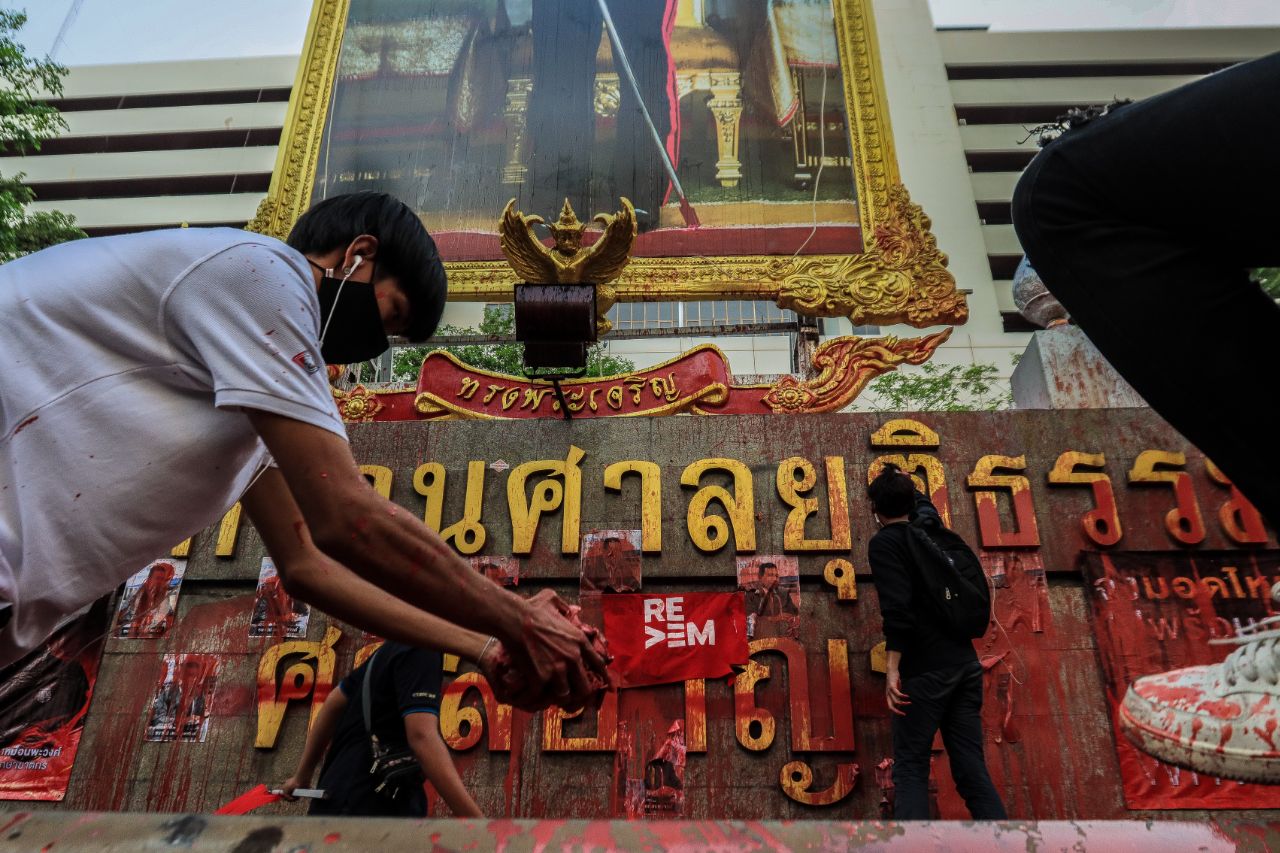 On 2 May 2021, The REDEM youth group arranged a public gathering from Victory Monument to The Criminal Court on Ratchadapisek road. The demand of this event was for the court to grant bail for political prisoners. There were approximately 300-400 participants. After the public demonstration ended, around 60-80 people stood in front of the criminal court until 7.00 P.M. State authorities have announced police control over the area with equipment including water cannons, tear gases, and rubber bullets. 4 people were arrested in the area and at least 20 people are charged with Section 198 of the Criminal Code. During the public gathering, the protesters threw eggs and splash color in front of the criminal court building, media outlets have recorded the gathering. However, when authorities started dispersing the crowd with violence, they asked the press to stay away from the area putting a restraint on the freedom of press in the area as well.

The Criminal Court has granted similar conditional bail to political defendants on the ground of; 1) defendants must not participate in activities damaging the monarchy, 2) not participate in any public assembly that promulgates the chaos in Thai society, and 3) not leave the country. The condition of the bail still restricts the freedom of expression and right of peaceful assembly. Relevant to these broad conditions, a group of people called “The Royal Monarch Alert Protection Network” proposes to withdraw the insurance of some political defendants. Mr. Jakkapong, the leader of he Royal Monarch Alert Protection Network has submitted the document to the Court to withdraw the insurance of 3 political defendants who have been prosecuted on Lèse-Majesté law: Including Parit Chiwarak, Jatupat Boonpattararaksa and Somyot Pruksakasemsuk.

“Contempt of court” cases from exercising freedom of expression has been an ongoing trend. 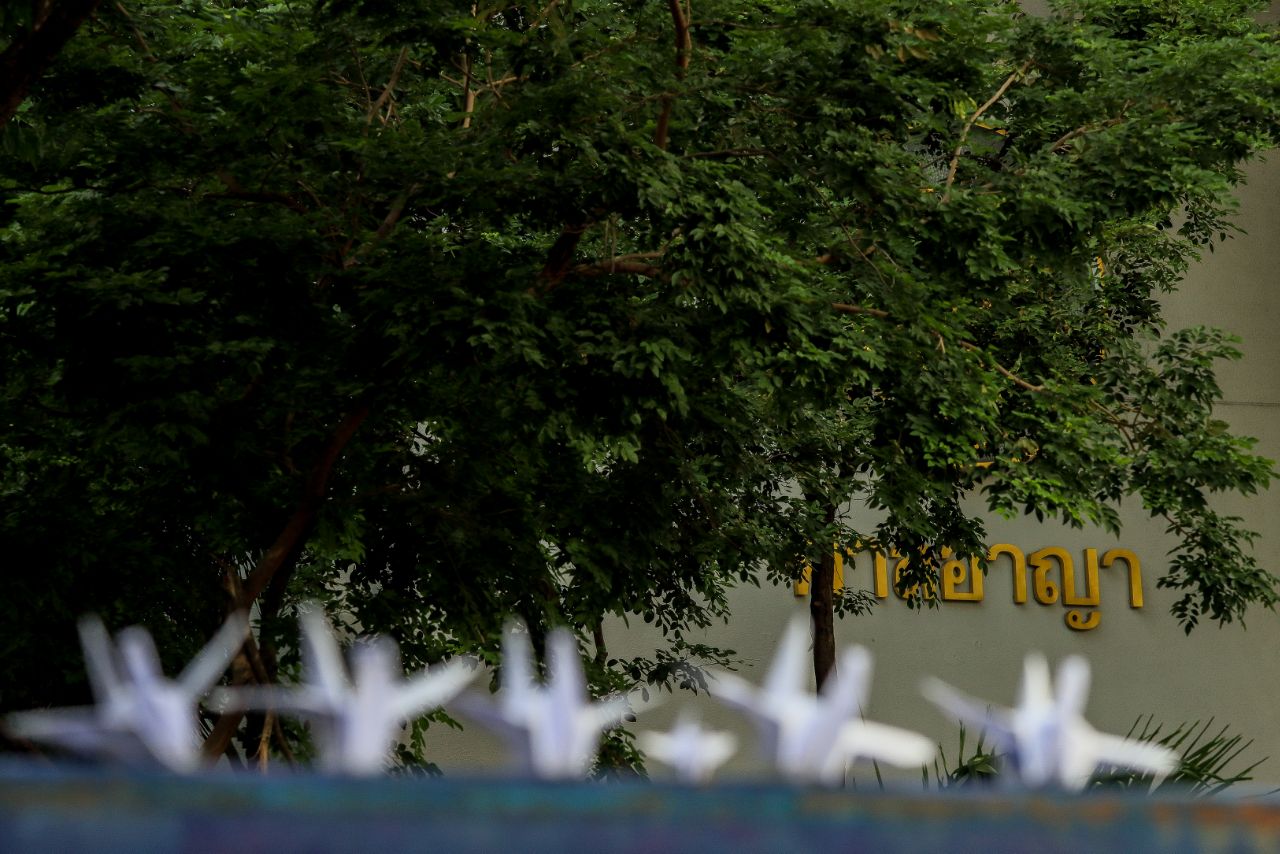 Despite the COVID-19 situation, the political situation has allowed the prosecution of the Ratsadon group leading to detention pending trial. From February to April, there was an increase in involvement in public gatherings, showing up in front of courts for the bail of political prisoners. According to the Lawyers' Center, from the start of the July 2020 rally to the end of May 2021, the cases include : 13 individuals in 13 cases of the Civil Procedure Code, Sections 30 - 33, and 20 individuals in 3 cases of the section 198.

In May 2021, at least 6 individuals in 7 cases were charged with violating the jurisdiction from their actions on 29-30 April to demand bail for political inmates. The charged individuals were from students from the Thammasat University rally and the leaders of the Nonthaburi Network. At that time, Parit Chiwarak went on a hunger strike to demand the bail which had caused him to become hospitalized due to starvation. 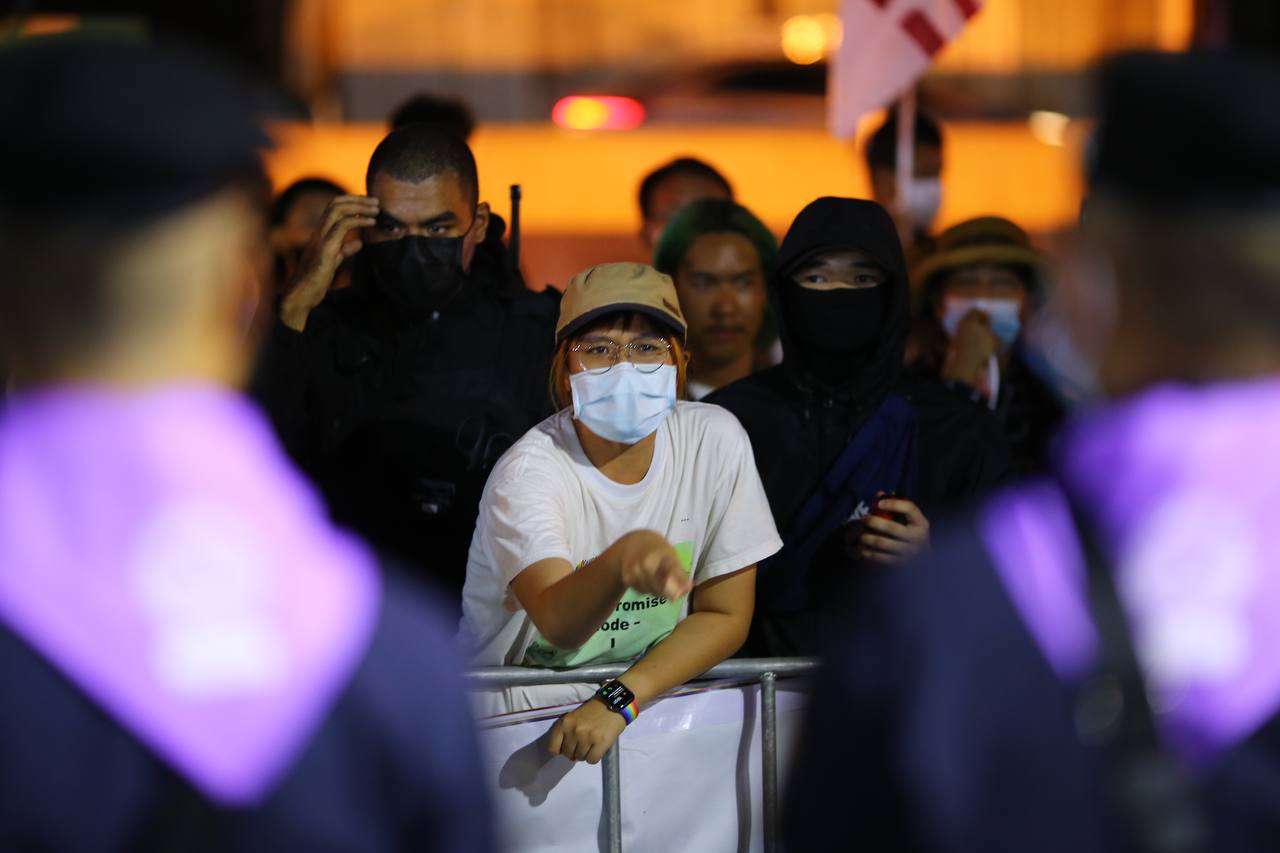 At least 20 people have been prosecuted and charged with contempt of court from the April 29-30th rally organized by Thammasat and Rally and on May 2nd, organized by Redem, which aim to bail the prisoners in front of the Ratchada Criminal Court.

In addition, there have been prosecuted for other charges such as violating the Emergency Decree on Public Administration B.E. 1960

According to TLHR, since 2020, at least 44 minors have been prosecuted for exercising their freedom of expression and assembly in 43 cases. Eight youths have been accused of violating the Lèse-Majesté law under Article 112 of the Criminal Code in seven cases. The youngest accused person is 14 years old. Among the eight persons, five were charged due to the complaints filed by ordinary people. In May 2021, Thanakorn (Surname withheld) was prosecuted giving a political speech during the #6DecRally demonstration. Moreover, Thanakorn has also been charged under Article 112 in a separate case, which currently remains pending police investigation, for his involvement in the #EverybodyWearsACropTop activity.